Here is a smart new addition to the ever-growing Cygnet range that is sure to attract the attentions of those looking to lighten the load on the barrow!

It is called the Snugs Pouch and is designed to replace the rather weighty buzzbar/alarm carriers that all help to add those extra kilos to your kit. The Pouches come in two- and three-rod sizes and are made of neoprene (with a padded internal divider), which will help protect the £100-plus alarms from impact damage, while weighing virtually nothing, particularly when teamed up with Cygnet’s lightweight alloy buzzbars and banksticks. There is also a handy pocket for a receiver/sounder box. It could also house bobbins or, in my case, some stage stands.

I caught up with Cygnet boss, John Walker, at the Sandown Carp Show in December and he is very enthusiastic about the Pouches. John also revealed his thinking behind the new product: “The idea stemmed from most bar pouches on the market at the moment being way too bulky and heavy for something that is already well padded inside your carryall/rucksack/barrow bag. Anglers are always looking to scale down on the heavy items on some waters and this will help. Snugs Pouches keep everything together. They are protected by the neoprene so will not jangle around, thereby running the risk of getting marked or scratched.”

Interestingly, the idea for the pouches came to John in an airport departure lounge! He added: “It’s true, the idea came from seeing Raybans in their case and I wanted to try to recreate that, the idea being that I wanted to make them no bigger than they need to be. I think we’ve achieved that. Basically, I put some alarms on bars, drew around them and spec’d them from that.”

For further details to to www.cygnettackle.co.uk. 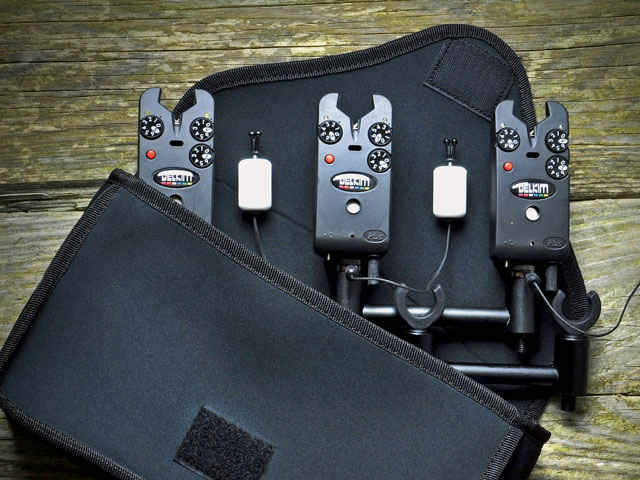