Being a shift worker I struggle to find the time to fish, I managed to get a 24hour session in during my time off on my midweek syndicate water which is located in a small village called Tilty, located in Essex. 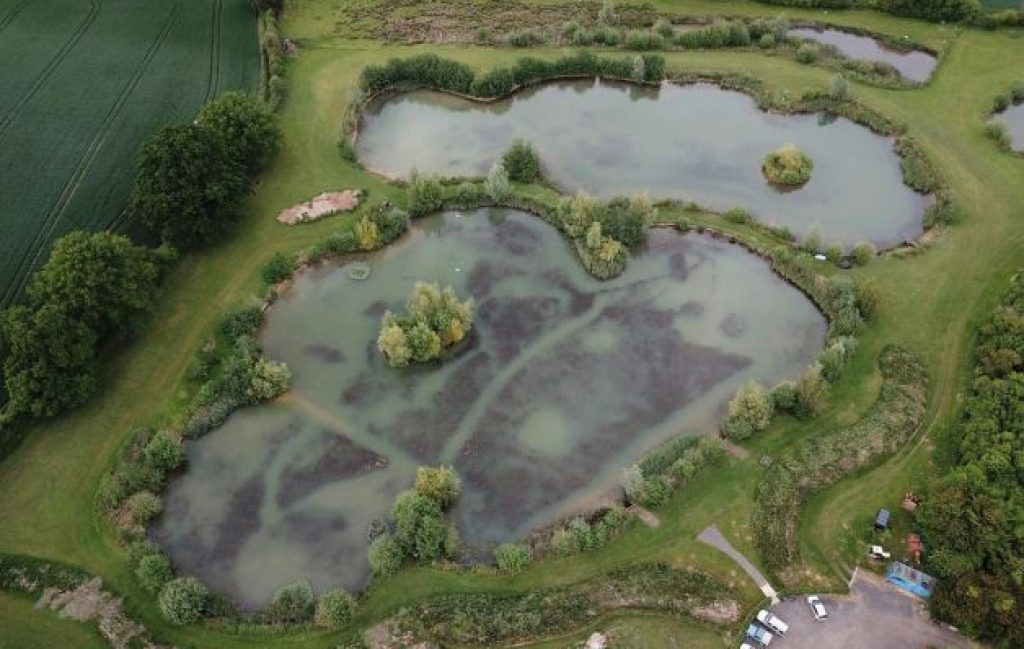 The day before, I went down the lake and pre baited a few spots with around 6 kilo of mainline cell boilie over 3 spots ready for me to fish the following day. I turned up to the lake at around 8am and had a walk round to see if I could see any fish action. I decided to fish swim 1 where I see a few fish show and had baited a couple of spots previously in this swim. This swim had a few features to fish including a gravel bar and island. I set my rods up and cast them out to where I wanted to fish and where I had pre baited the day before 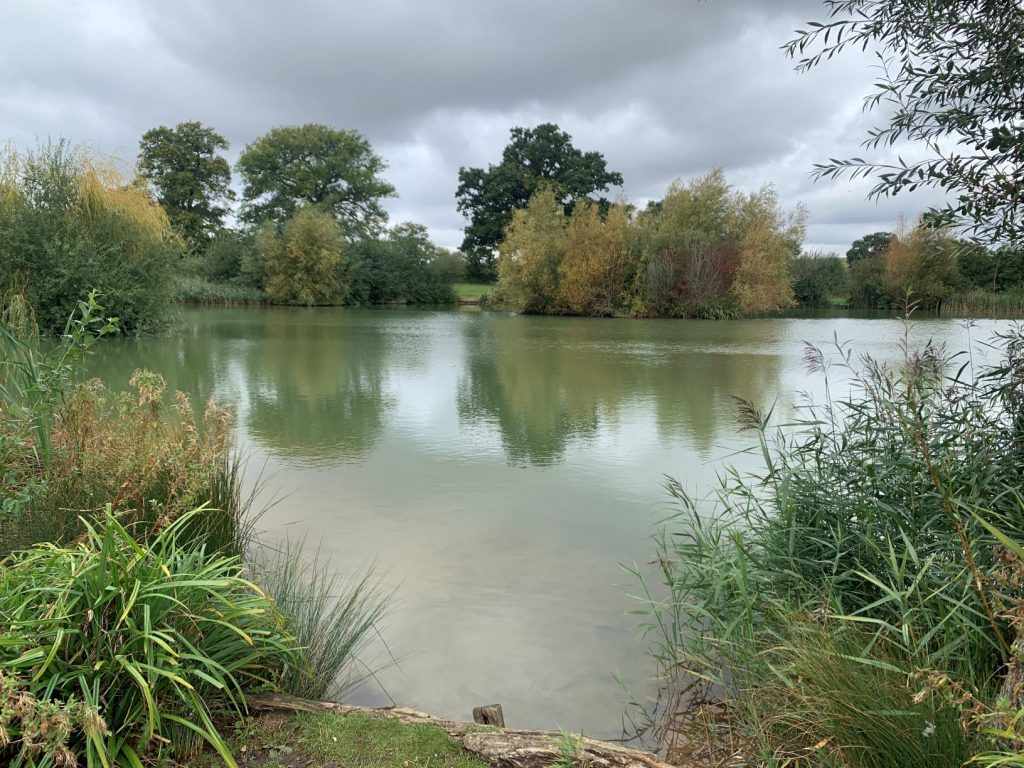 I then clipped them up so that I could wrap the distance for accurate casts every time and to cause as minimal disturbance as possible. All rods were in place and on the spots at around 10am and I sat back and watched the lake. 2 rods were put onto the gravel bar and 1 was cast to the island. At 11am my left rod had a couple of knocks and peeled off and I was on to my first fish. After a short battle it was in the landing net. This is a fish I have had before, known as the long common and it had gained weight since last time I caught it as it tipped the scales at 25lb. 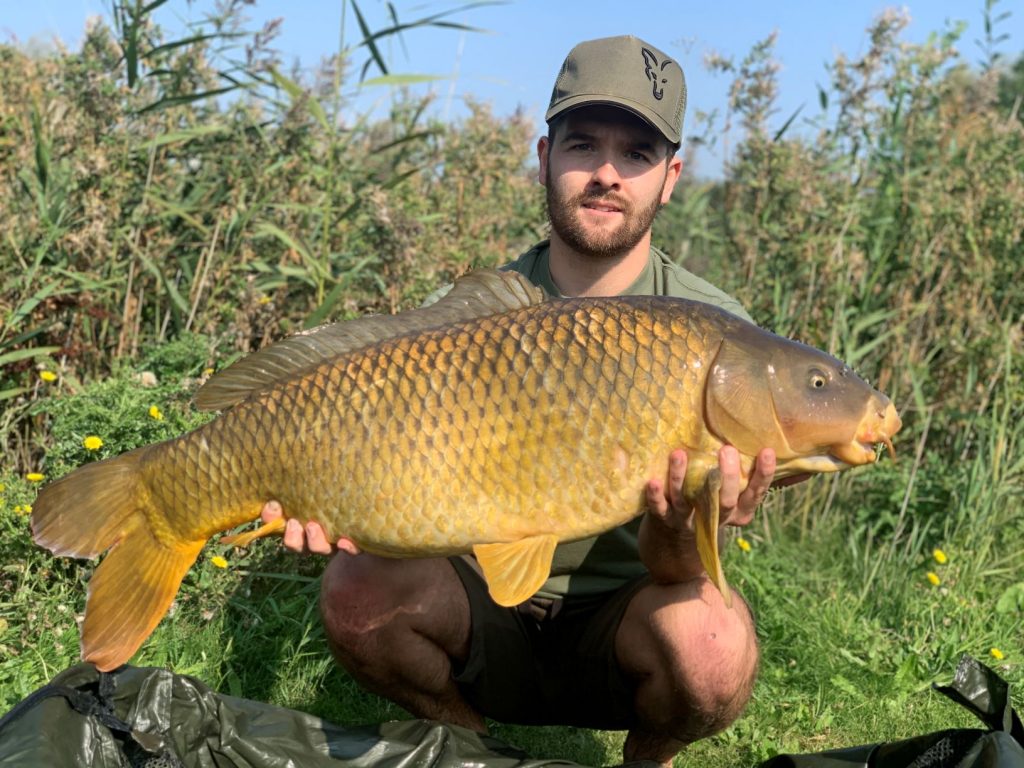 The fish was returned and my confidence was high. I was sorting out my rod what I had just caught on and getting it ready to put back out on the spot, and around 20 minutes later my right hand rod screamed off. I have struck into it and it felt like another good fish! After a long battle, the fish was finally in the net, I knew straight away it was a fish that I hadn’t caught before and was a rare common with a swirly pattern of scales on each side of its shoulders. 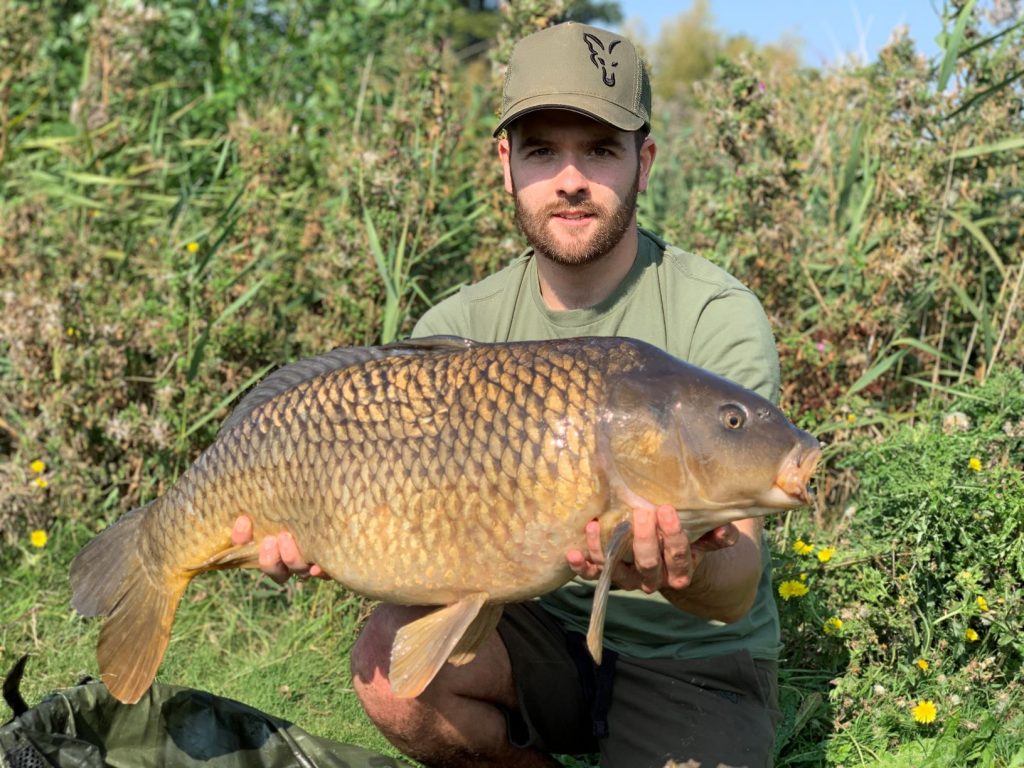 I had the fish in the net while I was getting my landing mat and weighing sling ready when my middle rod bleeped a couple of times, when I went and had a look, the indicator was tight to the rod, I have struck into it and I was into my third carp. After a long hard battle, I got the fish close to the net and I could see this fish was a mirror carp, first of the session. It soon grazed the net and as I looked, I noticed a lump on its side, it was a fish known as lumpy! This was a fish I wanted to catch this year and couldn’t believe I had caught it off the back on two stunning common carp.

I placed the fish into the retainer sling and placed it back in the water so that I could have a look at the swirly common what was waiting in the other landing net, which weighed in at 25.3lb. Second fish over 25lb in short succession. After a few quick photos, the fish was returned so that I could get the fish I have wanted for a while out of the water. The adrenaline was at its maximum after a crazy hours fishing and the third fish was placed on the mat, lumpy weighing in at 28.5lb, a truly stunning carp. Once it was placed back into the water, I sat back and had to pinch myself to make sure that it wasn’t a dream. I soon realised that I had no rods in the water as all 3 fish came from 3 different rods. So I put them all back on the same spots and scattered more boilie over the top of each spot. A couple of hours later, the middle rod ripped off again and it was a 15lb mirror. All 4 fish were caught from a snowman rig with a 15mm mainline cell boilie topped with a 10mm mainline white toffee pop up.

I have fished this lake for a few years and a couple of years ago I caught the biggest fish in the lake, known as chompy, at 34.12lb and many people ask me why I still fish the lake when I can’t beat my PB, but the fish I have caught during this session shows exactly why I still fish this stunning lake. Every fish within the lake is different and there are many more fish within the lake I would love to add to my album! 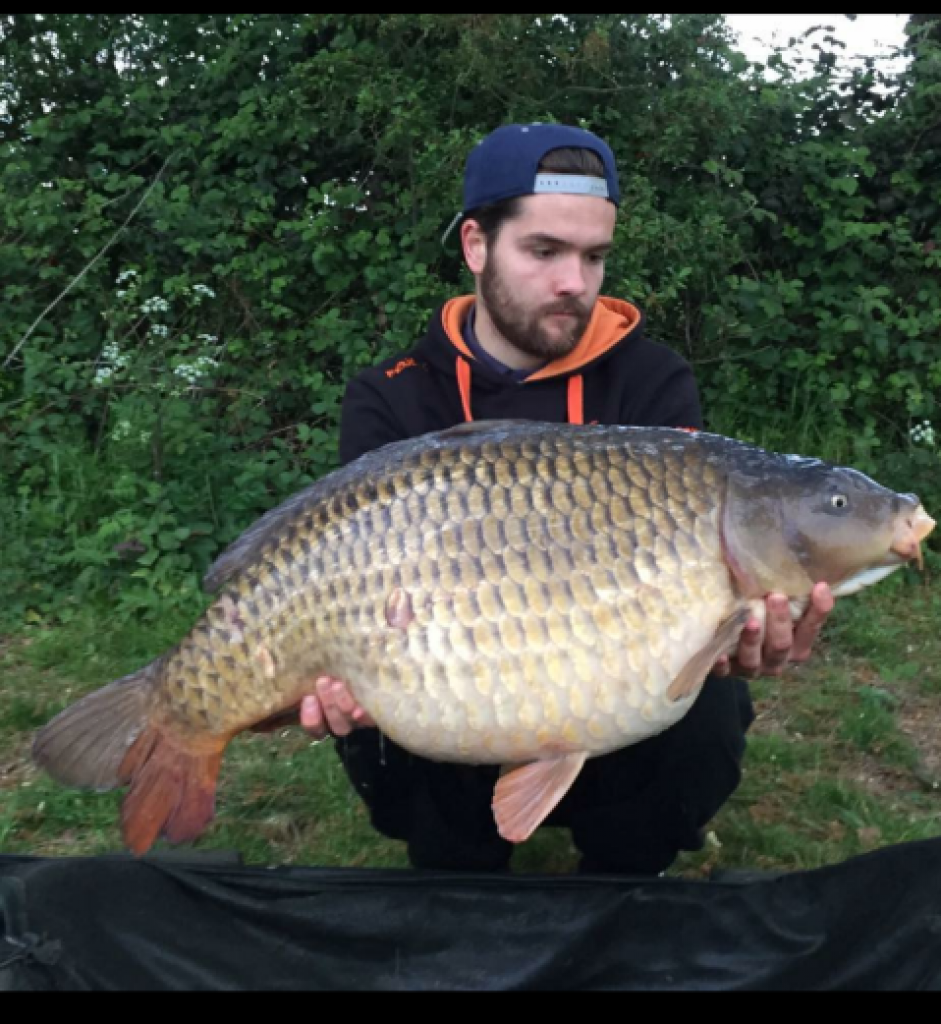