Skip to content
You’ve probably never heard of him before. People call him Maradona. No, not the iconic football player, possibly the greatest in the history of the sport.
But the other one, a relatively unknown angler. No Facebook or other social media profile, no sponsor tycoons like Fox, Korda, Nash or any others. Nothing. A real Jon Doe. With a limited budget, he would target as often as he could (meaning scarcely) the great Tancabesti 1 Lake near Bucharest, known to anglers all over Europe for the great specimens of grasscarps, commons or catfish. Truly monster fish.
His greatest ambition, though, was to win a major tournament over there, a World Cup-esque like one. Virtually impossible as he had as little help as he could (to be a contender one would need money, accessories, top bait, and more important, a team – usually 3 other members). The tournament’s favorites had it all. He didn’t. He only had a non angler friend, his young son and a will to win the trophy almost singlehandedly.
This angler’s World Cup was hosted between 8th and 12th of June, 4 days of intense effort and chess like movements. While doing his usual angling, he wouldn’t miss a move from his neighbours as he scanned their every move and read their strategy.
Despite the underdog status in the tournament, he would fight bravely and get a second place in the first 48 hours. What came after was as spectacular as the 1986 World Cup knock out stages.
He would waltz past his opponents rigs, with an impressive array of tips and tricks, pushing them aside as the real Maradona once did.
In the last 24 hours (one would call it the final), he would put all his effort, a super human one, to try and fulfil his long term dream.
More than 40 years ago, a young and relatively unknown Maradona would boast his biggest dream, to win a World Cup with Argentina. The angler counterpart would always say he desperately wants the Tancabesti angling trophy.
He did reach first place, only to lose it in the final hour. All seemed lost for him. Only the Universe had other plans and helped him fulfil his legacy. A 20 kg grass carp stunner that turned into gold and a one of a kind trophy. The greatest battle of all, won at the end.
One would jump for joy and go mental but not Maradona. He kept his cool and gave a little wink to the sky and another one to his friend that helped his fulfil his dream. A little kiss for his son as well.
Gentleman, this is a rags to riches story, where the human ambition cannot be defeated by money and other materialistic stuff.
Actually, this is the stuff of legends and Maradona (his real name Adrian Vasilescu) became king of Tancabesti. 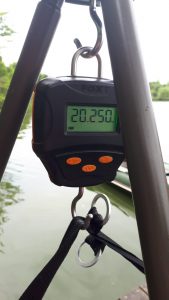 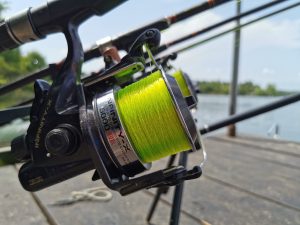 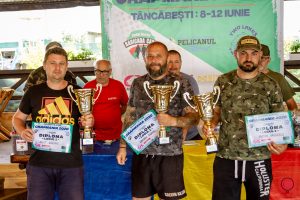