Blackberry is one of the more distinct berry fruits that are found natural to the UK. It looks extremely similar to other dark berries such as blackcurrants but the blackberry stands out for its tart notes on flavour and its sharper aroma when compared to others. The blackberry has been around for at least 2000 years with one found case even placed it as far east as Holland, so the blackberry has been a staple of culture for hundreds upon hundreds of years in Europe. Best known for its culinary use, the blackberry has been made for pies, wine, jam and in modern times, sweets and scented products. Over time, the Blackberry was known also for its medicinal qualities, especially the bramble and leaves on which it is grown. Now more famous for its range of business phones popular pre smart phone era in the west, Blackberry has been a mainstay in the berry family and to this day it proves to be a lovely treat from the more popular berry fruits we have grew accustom to.

Blackberry fishing flavours are great for their strong sharp sweet flavour with tart undertones making it rather different to many other fruit fishing flavour available. Aroma wise it has a very strong warm berry scent with the unique natural tones underneath which makes it rather different to something in the similar area. Blackberry flavoured fishing concentrates are a great addition for making fish bait, including boilies, pop ups, groundbait additives and to add to sprod mixes. If you are looking for a more distinctive fruit flavour or aroma for your fishing tackle, Blackberry could well be an excellent choice. 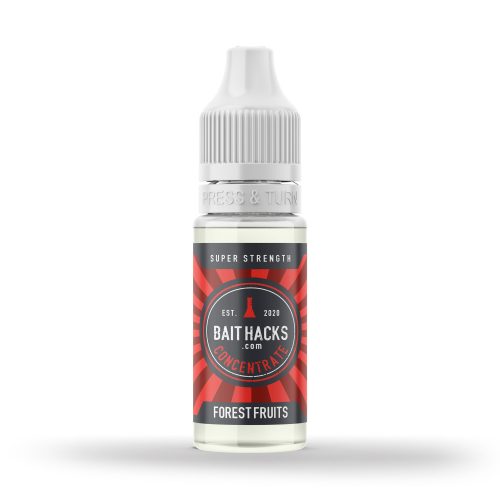