Cinnamon is one of the most recognisable spices in the world today with its use spanning across many different uses. With a unique scent and taste, even trying to eat this powdered spice is almost impossible to do without it being part of a recipe. Originating way back in Egypt in 2000 BC, this spice has been around for as long as anyone can remember with it still being an important part of cuisine to this day. From cereals and ice cream to cakes and parts of a curry, cinnamon has so many different uses and its unique flavour can really spruce up a fruit dish or add a little alternate spice to an eastern meal. Still grow in the East Asian regions in specifically 4 different countries, as it was over the years, it is still an import spice for many of the western world.

Cinnamon fishing flavours are strong and unique in their flavour with a very distinct spice dominating the palettes for fish. It can have delicate sweet notes and very much a powerful flavour which stems from the original style of essential oil that the real thing sources its flavour from. Aroma wise, cinnamon is a very powerful scent to use in fishing with it holding its smell for far longer than many other fishing flavours due to the sheer distinct notes it possesses. Cinnamon flavoured fishing concentrates make a brilliant addition for making fishing bait such as boilies, pop ups, groundbait additive or as part of a spod mix. If you want something that is both unique and strong with a distinctive flavour then cinnamon would make an excellent choice on your next fishing trip 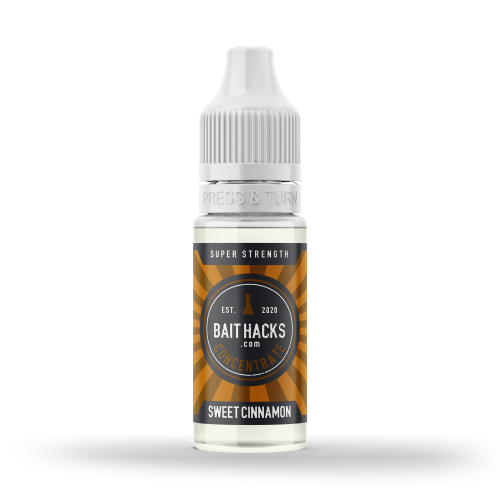